Now that you have found your CC Sweetheart, see if the two of you have what it takes to win this tourney and take home...
A GA Medal and 3 months premium!!!

This will be a doubles tournament on the Valentine's Day map.
Just for fun: spoils, reinforcements and special gameplay (fog/trench) will be determined randomly and separately for each game - and I may also decide to randomize initial troops in Rounds 2-4.
All games will be sequential and casual, and have a 30-round limit.

Round 3 - 10 teams
5 2-team doubles games - losing teams are eliminated from the tournament.

Round 4 - 5 teams
2-team doubles - round robin. The team with the most wins takes the prize.
If there is a tie, the team whose wins were finished in the lowest number of rounds will take the prize.
If teams are still tied after that, they will play another round-robin.
This will continue until only one team is left.

In, please... with my sweetheart:

In please my partner is mys sweetheart: 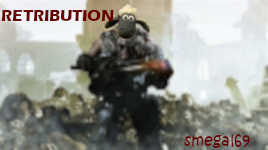 Dick the Butcher wrote:The first thing we do, let's kill all the lawyers

In with my Boo... iamcaffeine.

in with #1 match - CatchersMitt14 please

I'm in as well, with Gamefreakguy.

-=- Tanarri -=- and Shino Tenshi will enter together as a mutually matched pair.

In with MAtchmaker - hopalong

in with denise a matchmake match as well
Dice stats are irrelevant. If I roll the same amount of 6's as everyone else, but my opponents role 6's at the same time, that's what matters, what's rolled opposite my dice. How about how many total guys I've won and lost while attacking?

Hearts issued to here... 'cept for KingRat... seems Gabriel13 sleeps around because he had already signed up with another partner

I met this cow in some green pastures.She said i was her match so i invited her for this date.
Armandolas and Eddy_26
Thank you

I will try this again. I am in with my Match, D-Rock42

stealth99 wrote:I will try this again. I am in with my Match, D-Rock42

stealth99 wrote:I will try this again. I am in with my Match, D-Rock42

in please with my sweety .... baddestbrute