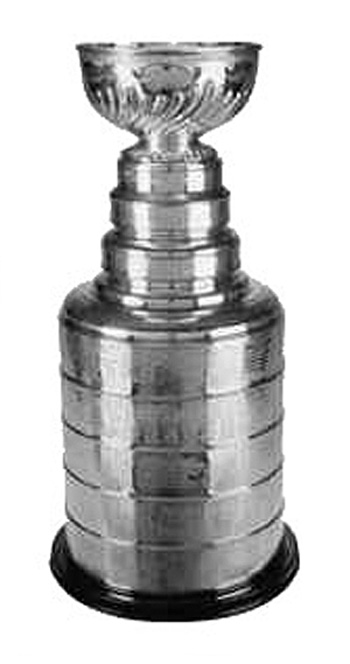 *If you are forced to enter a password to accept your invite, all games passwords are nhl

This tourney will be a 1v1 epic season with each team playing a full 82-game schedule before a best-of-7 series Stanley Cup Playoffs for the Stanley Cup!

EVERY PLAYER MUST SELECT ONE OF THE 30 NHL CLUBS AND A HOME RINK (MAP).

*doodle earth cannot be used as it is a tiebreaker map

Structure:
Regular Season: Each team will play 82 games total. Each team will be assigned games on a weekly basis so on average that's about 3-4 games at a time. Teams will play one 1v1 game against each other. The round will advance once each team has played each assigned game.
Playoffs: Just as the actual NHL, according to the points system the top 3 teams in each division and two conference wild cards will make the Stanley Cup playoffs, making 16 teams total. Each team is seeded by conference 1-8 and highest seed will always play lowest seed. Each round will be a best-of-7 series but will be fragmented into stages. Stages 2-4 will only be played if necessary.

Points System and Tiebreakers:
1) Each win is 2 points, an overtime loss is 1 point.
2) Overtime comes into play after the 10th round.
3) There is no overtime in the playoffs.
4) No ties. Ever.

Tiebreakers work much like the NHL system:
1) # wins not in OT
2) Head to head record (most points advances)
3) A three-game no ot doodle earth series, first to win 2 advances

Brendan Shanahan's Disciplinary Measures:
-If a player misses the invites to all games for a round (without prior notice and/or legitimate reason i.e. death, medical procedure, illness, vacationing in an internet dead zone), he/she receives a season-long suspension that cannot be appealed and will be replaced by a reserve to play from that round on.
-If a player misses an invite to a playoff game, he/she will be re-invited to a new one as a sort of second chance. If still no response, that player automatically loses the series.

Elastic Clause:
Commissioner Gary "Douchebag" Bettman (myers33) has the final say on all issues and has the right to adjust any rule at any time if deemed necessary.

Standings and teams taken/available will be posted below.

This should be a blast!

In please with washington capitals and home rink is luxembourg

ok ur all set.

oh wow. i cant believe i did that. thank you lol

Prefer Rangers than anyone who's left
American Civil War

ziggy62 wrote:Prefer Rangers than anyone who's left
American Civil War

the Devils or Ducks please

you can have new jersey

in please with Ottawa

you got it. thanks!