Greetings! I have seen quite a few interesting tournaments around and I would like to do something a little bit more interesting, however, this time in a single map.

This tournament will be played solely on the New World map. 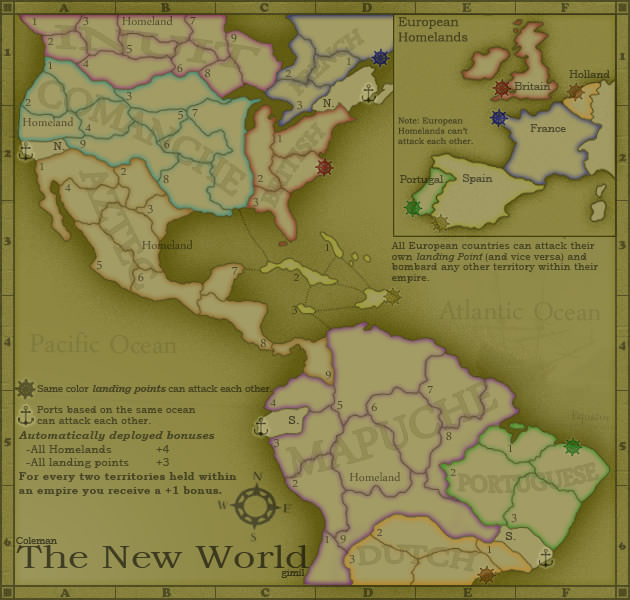 Every player must choose one nation to represent (red means the nation is already taken).

Week 1-5: The divisions will be ignored and the players will play five rounds in Swiss format (explanation below). Each round consists of three matches, therefore the results can only be 3-0, 2-1, 1-2, or 0-3.

Week 6-10: Points from the five first weeks carry on to this stage of the tournament. Now the players will only play against their own division opponents. Each round consists of three matches as well; 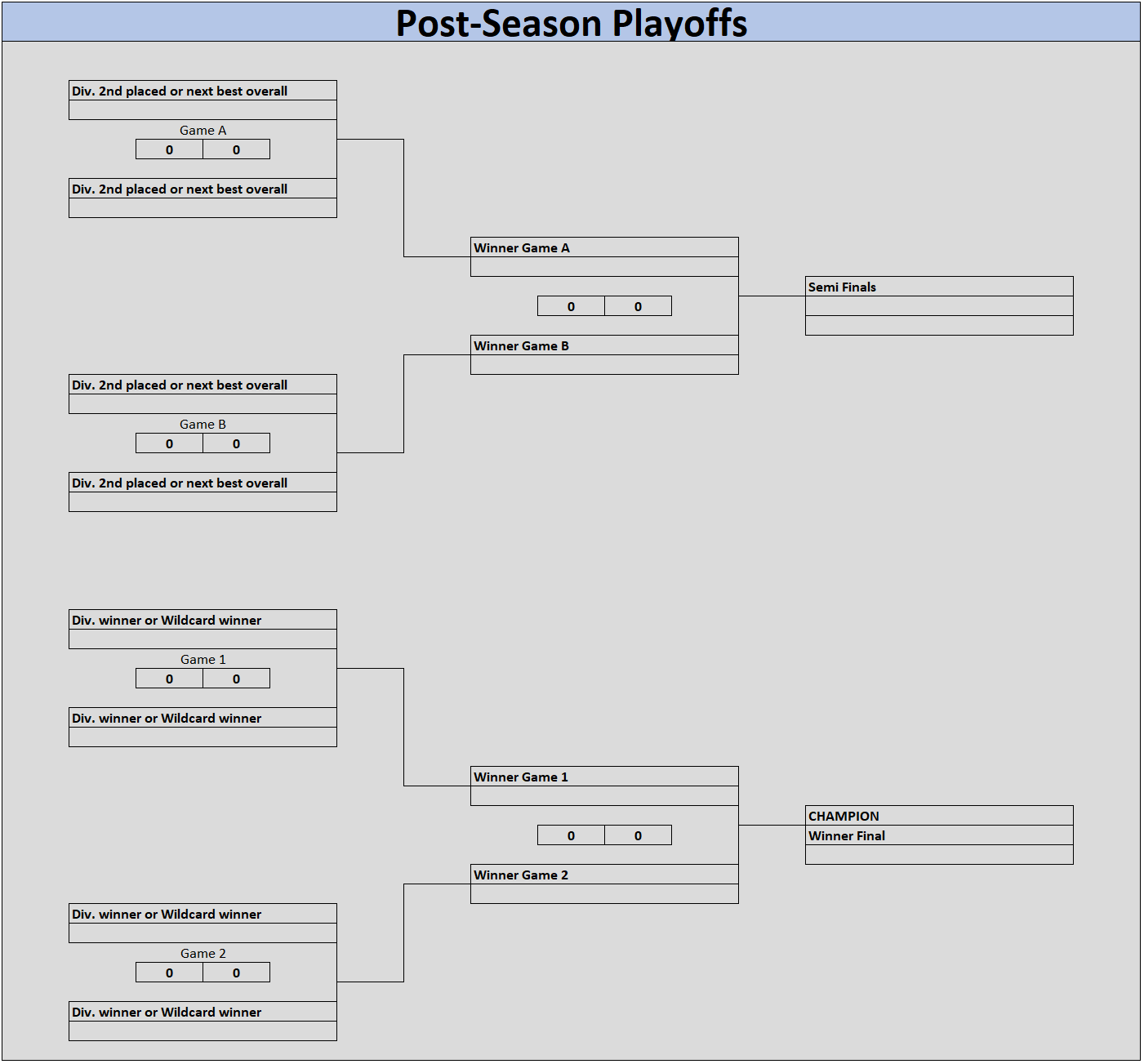 The invitations for the new rounds will be sent every Sunday (GMT+1, so some people may receieve their invitations on Friday or Sunday). If you miss one invitation, I will send another. Then, another. If, after 3 invites someone does not join a game, they will be kicked out of the league and all other players win by default their games against them 3-0 (even if they already played before). However, If a game lasts more than one week, no worries. You can join later if you are not premium and you have no slots left. I just ask you to have at lest 3 slots open for this tournament, minimum (if you qualify for the post-season, no worries, as long as you leave the 3 slots, the rest of the games can be arranged at a later date).
Post-Season games will be played when all players are ready, no need to play them at a weekly rate.

If there are two players tied for a qualifying spot, place at the end of the 10 rounds, a tiebreaker game will be played. If more than two players are tied for that spot, the winner gets the higher place, the last to lose will get the second highest, and so on. 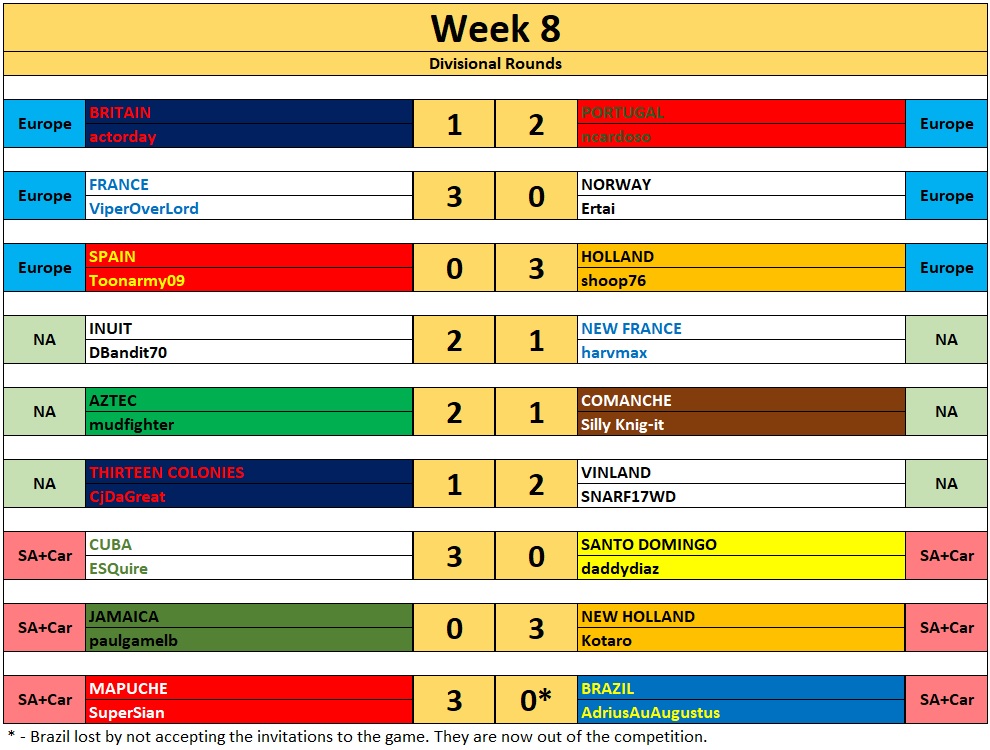 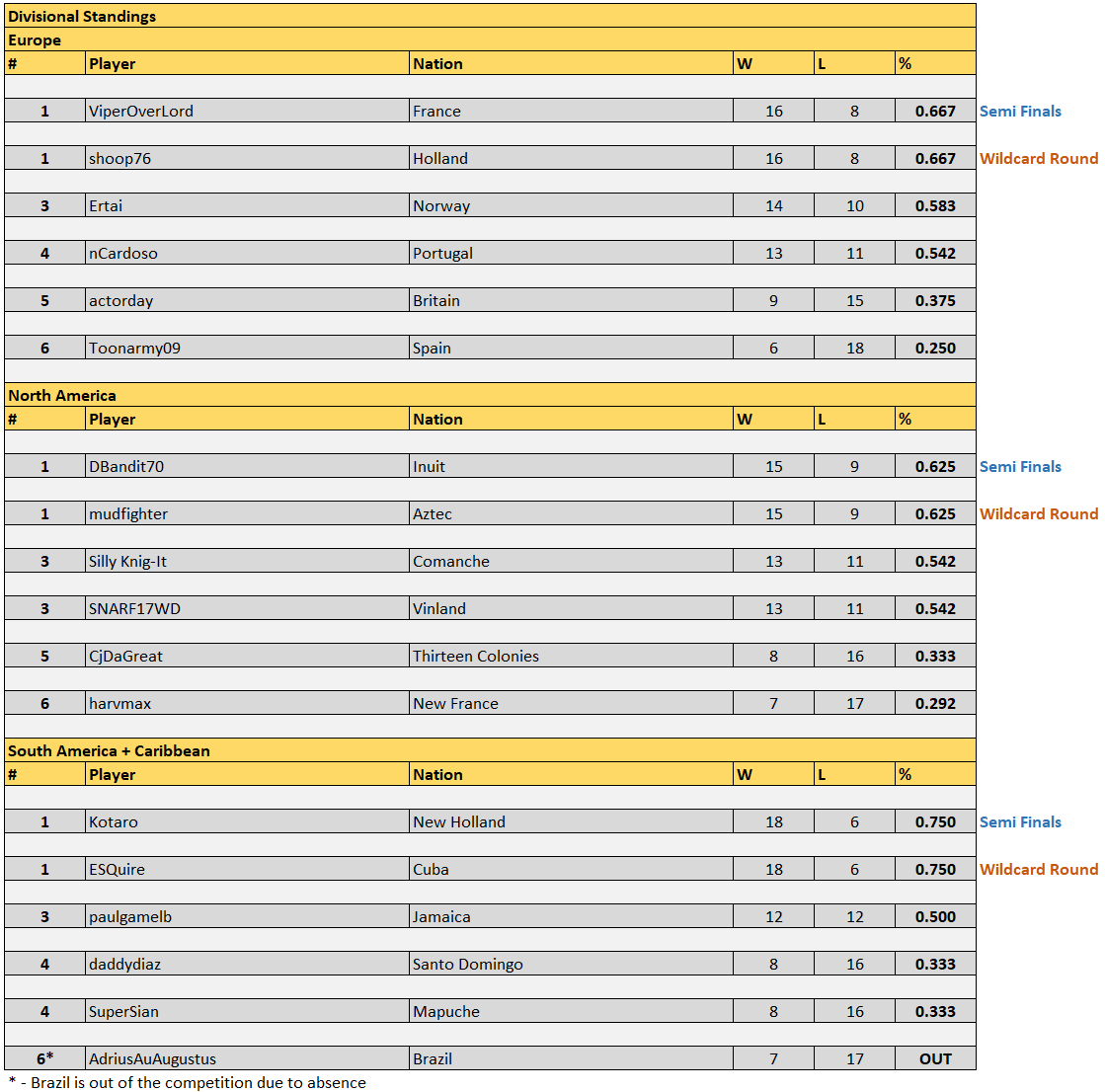 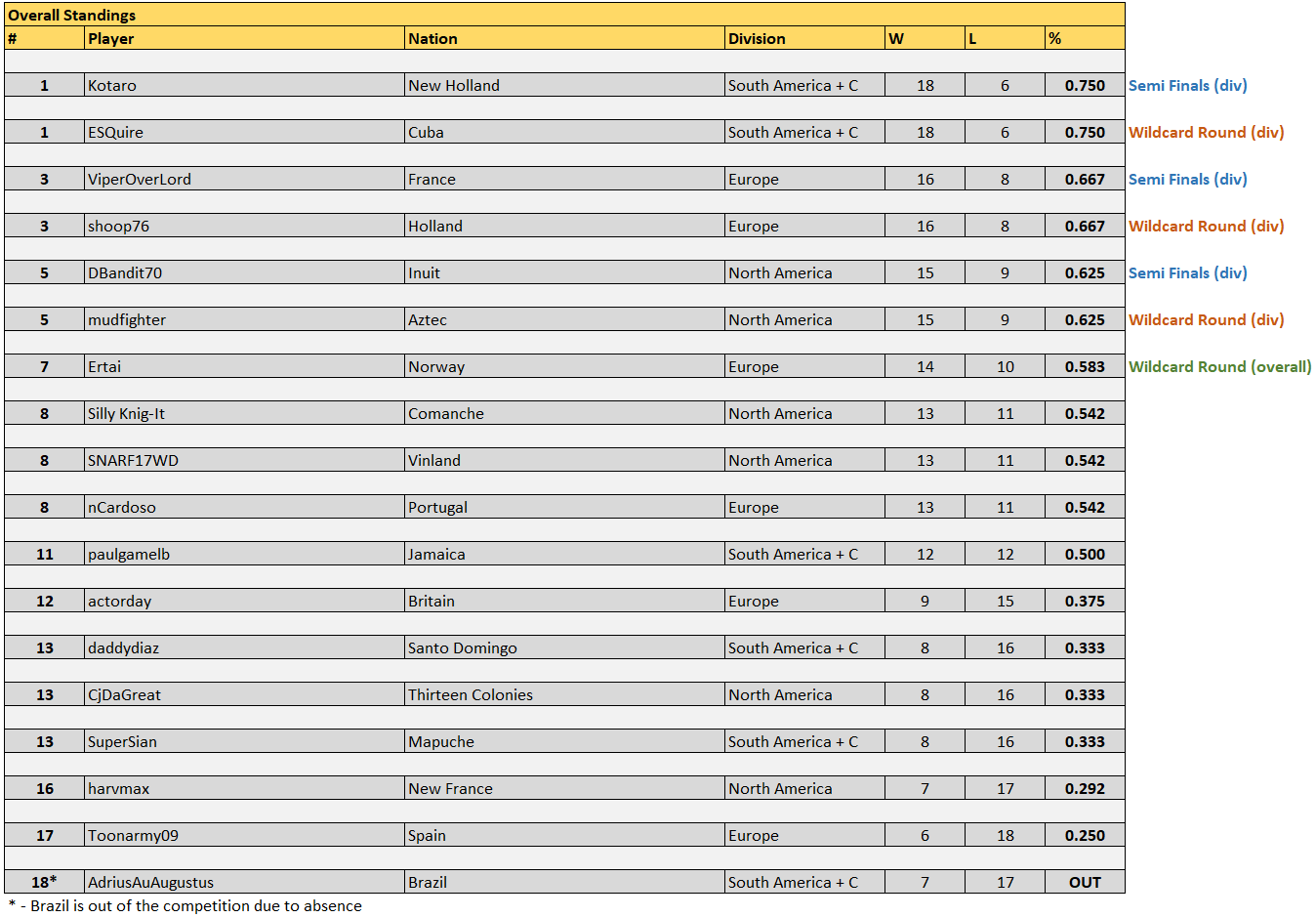 I would be interested in participating. Happy to take whomever but my preference would be "13 colonies"

Welcome, mate! You're in with the 13 Colonies.

Since I’m English I’ll play Britain please..... anything apart from French ha ha oh and Not Germany .... well actually being a English anywhere not in EU

As someone from the European Union, I'm terribly offended, haha!

It is all good, unfortunately, Britain is already taken. If any non-european works for you can it be a native north or south American nation (Comanches, Incas, etc.)?

Welcome mudfighter! Aztecs it is!

in with Holland please

in pls, any place in north american