If someone did a quick scan of this thread they would think people were clamoring for games during the week they were open and couldn't get them. I never had problems finding games, though I did sit a day out of joining when the only thing up was baseball or a map vs a mod id already joined.

There was definitely no shortage of games. Maybe games on maps you wanted, but that's not the point of the event. Everytime I logged in there were 4 or more games available and usually after joining a few there were more to replace them. I can't imagine this being the organizers fault, but just not paying attention to the banner or being too choosy in your games.

Looks Like Ltrain has first prize locked up, I am looking good for second, but could fall to third if a few people get several more wins.

xroads wrote:Looks Like Ltrain has first prize locked up, I am looking good for second, but could fall to third if a few people get several more wins.

I put this together a few days ago, probably a good time to drop it.

3 of the 7 non mod games I joined I was the first person who joined and the other 4 I was the second.

I'm pointing all this out just so ya'll can see I wasn't intentionally fishing around for easy wins. Once I noticed it I figured I should join a total of 30 games just in case it became an issue instead of stopping at 20 as planned. The last 14 games I joined were all set up correctly. So of the first 16 games I joined, 9 were set up correctly and 7 were not.
Last edited by Ltrain on Thu Aug 18, 2022 3:33 pm, edited 1 time in total.

I didn't even know there were non mod games 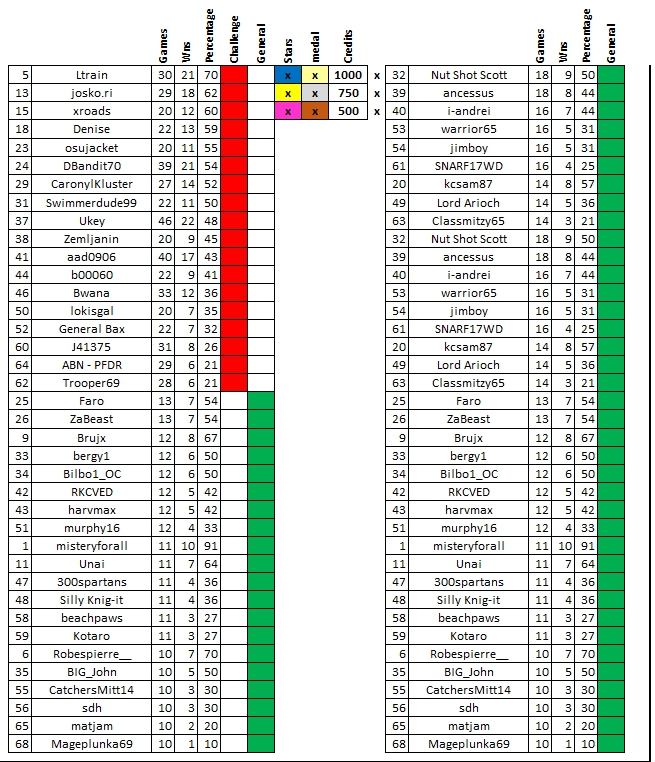 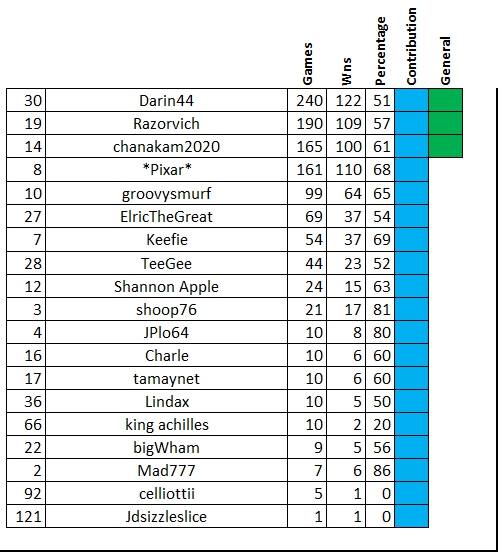 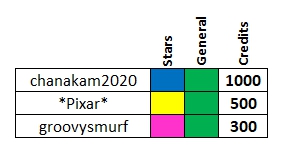 It will take a day or so to award all these prizes
High Score: 2569

Razorvich wrote:It will take a day or so to award all these prizes

Computer say our GA medal stock is running low. Currently we only have 15 GA medal images.
Our graphic designers working hard to make a new stock of medal images on time

Still waiting on my prize...

I am encountering errors when attempting to award stuff...

I believe everything has now been awarded to those who qualified.
High Score: 2569