Housing completed games. Come take a walk through a history of suspicion! 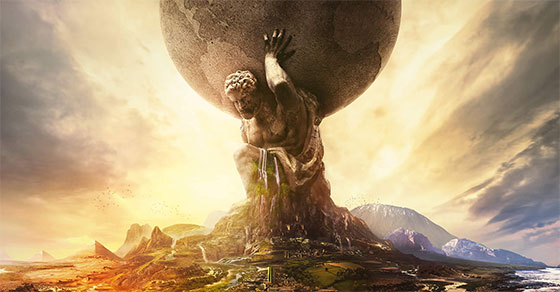 1. Whatever the mod says goes. I've unbelievably still yet to make a complete hash of a mafia game, and I don't intent to start now.

2. All votes and unvotes must be in bold. (Vote Candlejack) They won't be counted any other way.

3. You may vote 'no lynch' to end the day without a lynch, but it's boring and hardly ever happens anyway.

4. This game is meant to be quirky and fun, purely for my own amusement, and hopefully yours too.

5. There is to be no discussing the game outside this thread unless your role states otherwise. Doing so will have horrible consequences, probably involving you and a septic tank.

6. There is to be no editing of posts, and no posting words so small that they must be quoted to be read. Doing so may result in penalties and/or death.

7. A lynch needs a majority of the town's vote, once a lynch has been reached, no unvotes will be counted. I will be using my own patented 'countdown' system as well (please see the extra rules below).

8. You are not allowed to quote any PM's given by the mod, until the game has ended. Loose paraphrasing is acceptable. Again, nasty things will happen if you do not comply.

9. Once you die, you're dead. Dead people can't reveal information, now can they? So no posting unless you are in the land of the living, unless it's a harmless "goodbye/dammit" post or something similar.

10. Appeasing/bribing the mod will do nothing to help you. There is no easy way you can win. Slackers.

11. Spam is just about tolerable, when it's humourous. Changing votes often is fine, but don't go over the top. It will stain the game for yourself and others.

12. Be active. Everyone is required to post each game day lest they suffer consequences such as mod-kill or replacement. If you will be gone at any stage it would be best to let me know.

13. Night will last about 48 hours, if you do not send an action within the time-limit you will miss your action that night, you pleb.

14. Always remember that I hate you all. I especially hate people who copy/plagiarise me. You have been warned.

Just two of these:

1. The Countdown Lynch Method.
This was born from my last mafia game and was chosen to be used by a majority of players in that game, so it's carrying over here.
Let's say on Day 2 there are 14 out of 16 players still alive. The number needed to lynch a player will therefore start at 13 and decrease by one every real life day.

Naturally, assuming one player dies during Night 2, that - and the lynch for Day 2 - will mean 12 players are alive for Day 3, so the number to lynch will start at 12, as will the number of real days for that game day. Etc etc.
The only exception to this rule will be Day 1, to allow for a settling in period. You will have a one week window before the countdown starts.
Sounds scary? Excellent. That's the idea, and it's brilliant for wiping out long game day slogs that last for weeks. Plus it means every vote has that much more impact, so choose wisely.

2. Declarations.
This is a rule unique to this game only, manly to reinforce the 'Civ-like' flavour.
Right now, most day 'actions' boil down to votes and FOS'. Declarations will add to your arsenal in this regard, and anyone who has played Civ at all may know where I'm going with this. The actual specifics of which and the pros and cons of making Declarations will be included in Role PM's (possibly depending on your role).
Please see page 3 for the details on how these work.

Link to page with detailed explanation.

Now then...are you ready to begin? Will you build a Civilzation that will stand the test of time?

Anarkistsdream wrote:If you guys can't tell that Doom is being forced to post this drivel, you are fools...

If Ga is in, I'll play. Now we just need Nark, Nag and Mandy and it'll be like when I first was getting into mafia.

Iliad wrote:The upside of calling everyone scum and making 1000 predictions is that statistically you should get a few right.

If Ga is in, I'll play. Now we just need Nark, Nag and Mandy and it'll be like when I first was getting into mafia.

No mandy I'm afraid, he said he'll be too busy in the real lifes, which was a blessing in disguise actually since he's been helping balance out the game mechanics. It does however mean he can never be a player for this one. He knows too much.
Victrix Fortuna Sapientia

Yuuuussss I love civ 6 and mafia so sign me up

You were supposed to note that from fb

Vote: Mandy
Eddie35: hi everyone
Serbia: YOU IDIOT! What is THAT supposed to be? Are you even TRYING to play this game?! Kill the idiot NOW please!

Count me in pls. Can't wait to see how your balance and Mandy'a balancing works out

KraphtOne wrote:when you sign up a new account one of the check boxes should be "do you want to foe colton24 (it is highly recommended) "

In. Also, Alex is a d*ck.
Evil is a point of view. God kills indiscriminately, and so shall we.

I took this to be a request for joining. Please correct if not.
And what makes ye so confident? ^^
Victrix Fortuna Sapientia

Even though im inexperienced, please take care of me *kneels and bows*

Too late my man, Flores took the last spot. 1st reserve instead?

Alright, got a couple more mechanics to consider and then I can start sending roles out. Should have the game up and running by Thursday.
Victrix Fortuna Sapientia

If Djfireside is really keen on playing, you can sub him and me. I reckon the other game will start soon too. I'm probably set with just the one game

If not, I'll play both. Obviously.

Ill roll either way and good with running reserve for now
Always question things given too easily.

Ragian wrote:If Djfireside is really keen on playing, you can sub him and me. I reckon the other game will start soon too. I'm probably set with just the one game

If not, I'll play both. Obviously.

Iliad wrote:The upside of calling everyone scum and making 1000 predictions is that statistically you should get a few right.