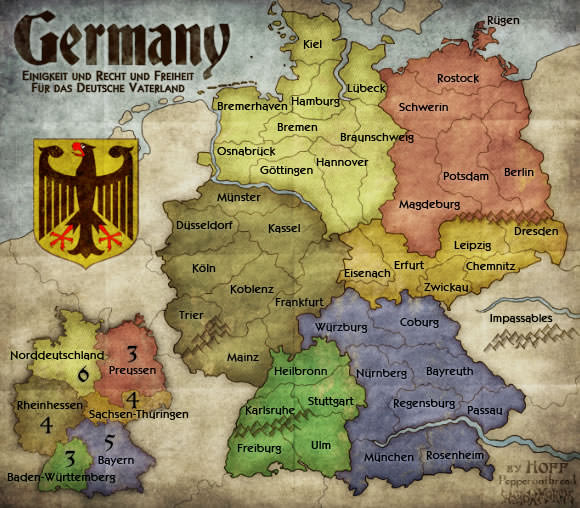 NOTE: This is a series of tournaments

If you would like to be sent a notification when future qualification tournaments are posted, be sure to PM me and let me know. Participants will automatically be on the list unless I’m asked otherwise. New tournaments will be posted each Saturday to allow for open sign ups for all people. On each Friday, an update will be sent to the mailing list to update where each tournament stands and what tournaments are still open for sign ups.

Here are the basics on both tournaments:

We will run 64 qualifying tournaments, each on a different map. Each will use the exact same settings and will be 4 player games with a max of 32 entrants. The focus for this tournament will be GERMANY

Format will be 1 vs. 1 in an NCAA Tournament style bracket with each match consisting of a match on the map that each of the participants won on. Should the matches be split, a tiebreaker will be run on a random map. Winner advances.

I will play, please and thank you

My first entry In please
Thanks