This will be my first try to make a series of tournaments that will end with a Grand Finale. Hopefully I'll do everything okay! :$

The idea is the following: This will be the first of eight tournaments that will grant access to a final championship. Every single one will have different structure and maps.


The present tournament will completely be played in the Antarctica Map. I will not ask from the players to represent a city since there are no cities in Antarctica (or, at least, not a whole lot of them! :p) The winner of the tournament will represent the whole continent in the Grand Final. 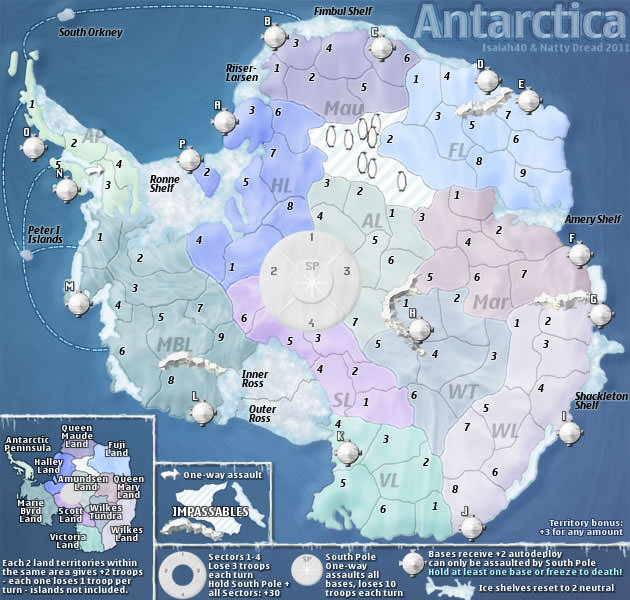 Tournament Structure
Group Stage: The 16 players will be randomly seeded into four 4-player groups. Everybody plays everybody once within these groups. Win = 1 point; Loss = 0 points. Top two in each group advance to the Quarter Final.
Elimination Stage: Quarter Final, Semi Final and Final, one game, single elimination. Winner takes it all.

Tiebreaker
A playoff game will be made in the likely event of having to untie players after the group stage.

In please with Igloo #1.

Lol yeah. That would be a good representation of a city. :p

In please or will reserve

xman5151 wrote:In please or will reserve

You'll be the first reserve. Perhaps you'll be lucky!

Re: Road to the Cities League - Antarctica [FULL]