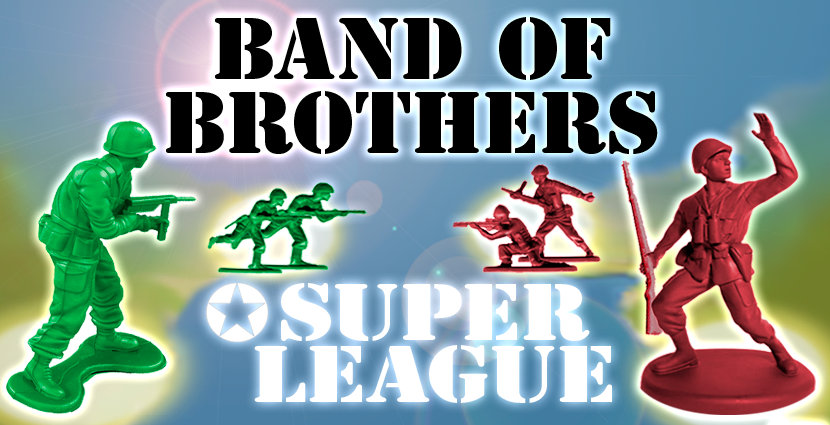 
CC are sponsoring this Event, and will pay these prizes EVERY SEASON!!, so it is worth your while to climb your way to the top:


To give you an idea of what you are in for. Attached are (at the bottom of this post attached in a white box):


Previous Seasons CHAMPIONS are below:

TIE BREAKERS:
1. Points
2. Goal Difference
3. Result between Teams
4. Finish time of all of the previous seasons games.
5. Finish time of all the previous seasons games (excluding games agaiunst each other)
6. Finish Time of All Current Seasons Games
7. Finish Time of All Seasons Games (excluding ones against each other)

Some Maps ARE EXCLUDED (the slowest 27 Maps on these settings):

Welcome to your Sunday update!!!

Premier Update
Pajarito is sending some love to Loose Canon who managed to blow the highest seed Craig25 out of the water with a Home Smashing. Meanwhile EspenOvergaard, the 2nd seed still can’t get any points or goals on the board!

League 3
This is looking like a two horse race in this League. With Runeldo and Scarlet Lady on equal points after 5 matchups. They have already played on Runeldo’s home map.. and Scarlet Lady kept it to a draw…. So perhaps… just maybe Runeldo may not get the win in this one! Meanwhile greengo is looking

with no points yet.

League 4
At this early stage, thegroover and fhusker are out in front, and none of the top 4 seeds are in the top 3 here! League 4 could be shaping up as our most surprising.

League 5
General Marshall and MrBoom are off to an early lead in a very tight league. With 9 draws and 6 wins, getting points are at a premium here. Bentelbow is currently in the Moon Door spot, but has only completed 1 full match up.

League 6
Another close league here, with every player having scored already and TheRookThief in front on 5 points from 4 matchups. Still a lot going to change here, but Paul Tabinor must be feeling nervous – top seed and currently looking at visiting 3 leagues down next season.

For everyone else you can find the updated standings here:
viewtopic.php?f=90&t=237911

Look for my post after Craig25’s and the box with the attachment!

I bet Craig will be the champ of the Premier this season !

"Welcome to more notes from Season 7... the season when Clanlord Carl doesn't top his league"

Some of my opponents are understandably too terrified to take their turns so it is taking a while to dispatch them. This season I'm planning an apocalyptic slaughter, for the fans enjoyment, that will spread shock and awe to all even by my own brutally efficient standards.

Will only get worse as the sweet little lambs of the "premier" division come into my sights !

Which map would you like for your home map?
You will join when our next season starts.

He is on Yugoslavia.

Which map would you like for your home map?
You will join when our next season starts.

How about the next title up from 'invincible', being - 'unstoppable' that is win all your matches. Not saying it is likely or even possible due to random very bad starts happening now and again.

HI, would like to get in
HOME MAP CHOICE