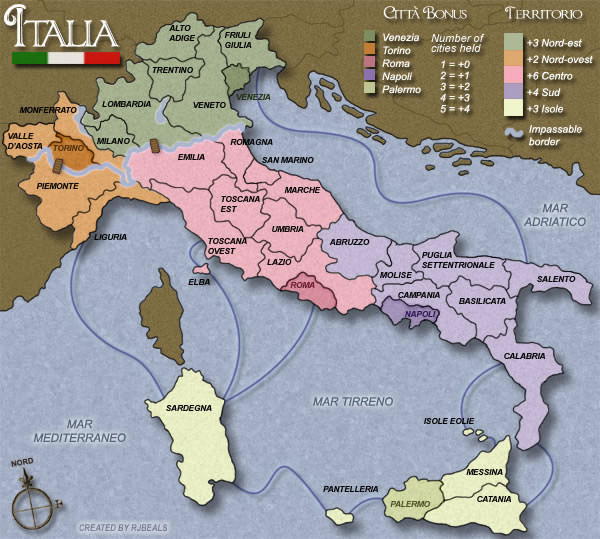 Hello and welcome to the new season of my February Madness series! This tournament will be played 100% on the Italy map. There is no limit of players, however I will close the registrations at Feb. 1st (unless there are less than 16 players), one month and a half from now.

The idea of this tournament is quite simple: March-Madness-styled competition. You win, you advance. You lose, you're out.

Since there is no fixed number of players, I do not know how many rounds there will be. 16 players = 4 rounds; 32 players = 5 rounds; 64 players = 6 rounds, etc. The most likely scenario is that we will have a number of players that is between the geometric sequence numbers (16, 32, 64, etc.), therefore we will very likely need to one qualifying round. If needed, the participants with the lower ranking score at the time the registration closes will play the qualifying round.

Since March Madness is a college competition, I would like February Madness to be like that as well.


Good luck everybody, I hope this tournament will be fun for all!

Players by score - top 11 enter directly in the round of 16, the rest play a qualifying round 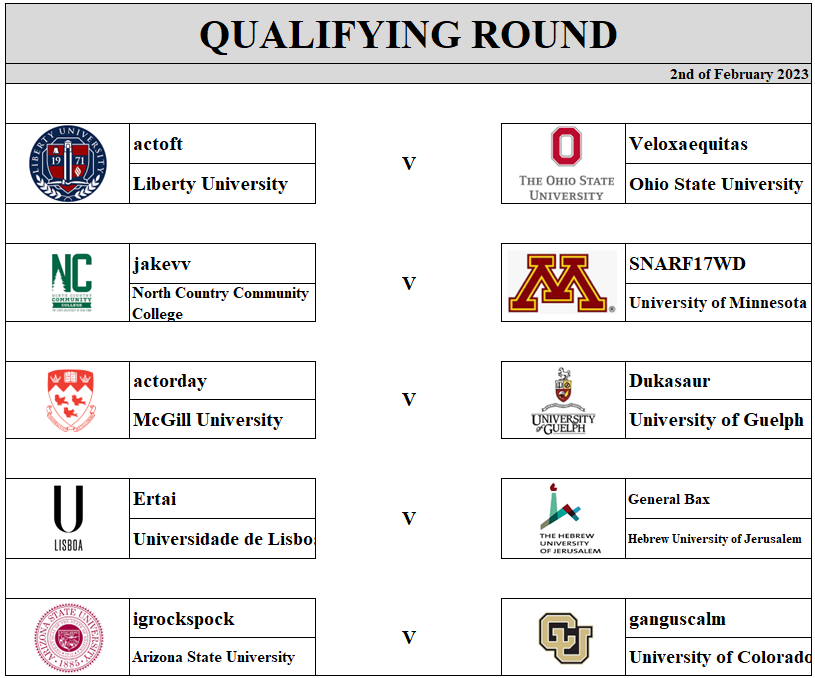 In please
Hogwarts School of Witchcraft and Wizardry

I gotta be nice to the dice so I'm talking to em... I step back, gave a tap on the sidewalk and threw em

In please. The Ohio State University

University of Guelph.
"A man should never be ashamed to own he has been in the wrong, which is but saying, in other words, that he is wiser today than he was yesterday."

Registration closed. The competition can start when I get the Tournament Privileges.

Players by score - top 11 enter directly in the round of 16, the rest play a qualifying round