Have an idea for a map? Discuss ideas and concepts here.

Territories: 81 in black and silver design.
Gameplay detailed in map.

New Design from scratch- will become a laptop.
Hole in the middle is along the ergo-lines but will hold perhaps a mouse-nipple, or volume control. Both of which will be design elements not territories. The border will be impassable along the diagonal.
Assuming we go to only connected territories, rather than the whole hand connected thingo (which I like and will do) I like the way that we get some two-in-a-line territs, eg, qa, ws, ed, but no qs or wa connection... Spaces up those keys a little.

You mean a QWERTY keyboard then...

So here are my rules/fun little ideas.

I've got to work out bonuses. I'm also going to have special bonuses for common key combinations, Ctrl+Alt+Del for example, or Ctrl+Z, Ctrl+X, Ctrl+C, Ctrl+V, Ctrl+Y (some might be negatives), Shift+Tab etc

I was thinking perhaps a +1 to all function keys each round (since they are going to be real hard to defend) and maybe a -1 to Esc (as the armies Escape!)
QWERTY Keyboard map

Tieryn wrote:- ? can attack a random different territory each round (is this possible XML junkies?)

Summary of map: I think the map says everything it needs to, so I shouldn't need to here, should I?

To Do:
Colour green in grey and remove all wires up top - Done
Add in some connections (but not all) back to function keys -

Balanced play. - I think I've compensated for this, but will have to run some sims to check. Chances are everyone will start with a function key, and hence some sort of extra bonus, but this is a -large- map and I can't forsee small bonuses at the start having a total impact on gameplay:

Reasonable bonus structure. Given the difficulty of holding each key (can be attacked from many places), I have used the forumula of +2 for every advancing set of combo's held, along the sequence 2,5,9,14,19 (difference inc by 1 each time). The word bonuses have been +1 for every key that does not exist as part of a shortcut (to cover doubling up on bonuses). The function keys get +1 per turn and Escape -2 per turn (as armies escape) That also makes holding 19 bonuses much harder as esc is required.

Game type flexibility. I would expect all games could be fun on this map

Player-friendliness. I think it's been made fairly understandable. Attack routes just need to be finished up the top.

Function trumps form. I think all the borders are clear (except need to update the top function ones). I think the concept of large, internally connected areas but still with some restriction on external connections hasn't been explored and think it would add an interesting aspect to gameplay on the site.. but hey, that's just me.

XML - on it's way, writing the excel for it at the moment.

Features:
Green Keys get incremental bonuses for holding them as shown.
Function Keys get +1 per turn.
Escape gets -2 per turn

I have re-adjusted the Key Shortcut bonuses to be more reasonable (I hope) and be on an incremental scale, to overcome the ease of holding multiple with few keys. Also, I hope this map can act as an educational tool in my campaign against the evil Mouse!

Have changed the words to make them all map-specific rather than random. Bonuses are calculated as-per below. Please check and comment.

Map with mine name

Tieryn wrote:How about a conditional one? such as the , or < territory can only do that one way attack if the person also holds a Shift key?

Getting it down to fit the size regluation might be hard.

If it's made more realistic, almost photo-like perhaps, it could be angled differently. Then the keys could just have filters added over them to colour in the territories, or something like that?
QWERTY Keyboard map

Well you posted a draft, so props there. That said, this needs a lot of work.

Yeah, but at least I've put -some- thought into it... Any comments on gameplay and how you think it might play out with the restrictions and impassables I've put in?
QWERTY Keyboard map

XML question, if I'm going to call the territory ". >", do I need to put an escape character before the points bracket?

would that line work? or would I have to escape the > somehow?

If so, how?
QWERTY Keyboard map

Tieryn wrote:XML question, if I'm going to call the territory ". >", do I need to put an escape character before the points bracket?

would that line work? or would I have to escape the > somehow?

You make a valid point here...

This map might run into a lot of problems with special characters.

Are there a list of characters that won't work? we can always call the keys by worded names...
QWERTY Keyboard map

I use Dvorak... I feel misrepresented!

Dvorak was going to be my next project

we have to cater to the masses first

Tieryn wrote:Are there a list of characters that won't work? we can always call the keys by worded names...

Although - most of these are shift presses... so can be avoided...

I've named most things by word, but would


be okay? or should I call them NumPad Divide, NumPad Multiply, NumPad Minus, NumPad Plus?
QWERTY Keyboard map


be okay? or should I call them NumPad Divide, NumPad Multiply, NumPad Minus, NumPad Plus?

You might be better off asking Lack... as it will be his engine that it is running...

I suspect that with the correct encoding it will work...

Not sure BOB will but we can cross that bridge when/if we come to it.

what about this one? 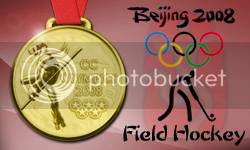 Nice, but it would have reduced gameplay capabilities

Maybe it could be a battle between QWERTY and Dvorak

And they could have different aspects, like Dvorak has more mobility and just looks generally cooler.

Here's map 2.1, I use the retro one as it got most votes, and frankly, I prefer it too. I've coloured the keys, still need to add in the impassables and other connections, as well as the letters and army circles.

Decided not to colour the function keys, as they won't be a continent, but instead get +1 per turn each.