acores2005 is the winner, succesfully leading his team to European glory. 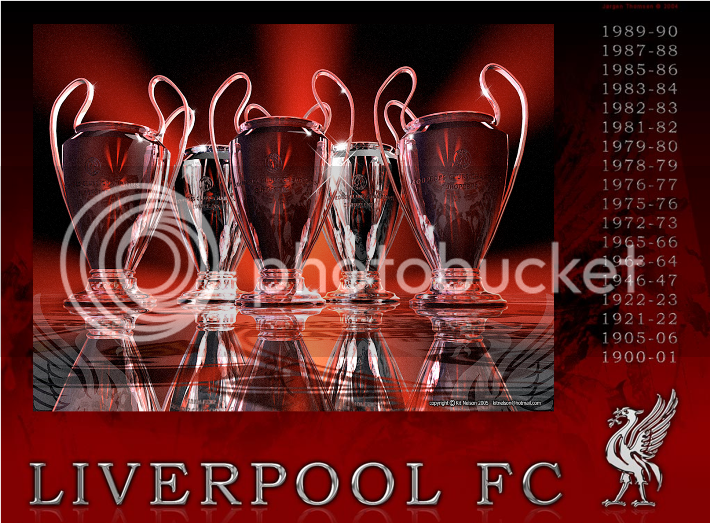 Can you emulate the late great Bob Paisley's triumph of conquering Europe.

This 1 v 1 bracket tournament is the first of (at least) 5 tournaments based on the European exploits of Liverpool FC.

It is organised in conjunction with the MIghty Red Army social group. 6 places are reserved for group members.

Each round will be based on the actual ties that took place. Each two-legged tie involves 4 to 6 games. The final involves 2-4 games.

Potential Changes for the Next European Campaign

I'll join please......I've even been to Anfield and seen the Premier Lge won.....not by Liverpool though.

You'll never walk alone, so I walk in please.

ill play if your not full

Second Round - First Leg - First Half & Second Half

our games was finished

Second Round - Second Leg - First Half & Second Half

Won both halves against GreenBaize in 8 rounds ^^